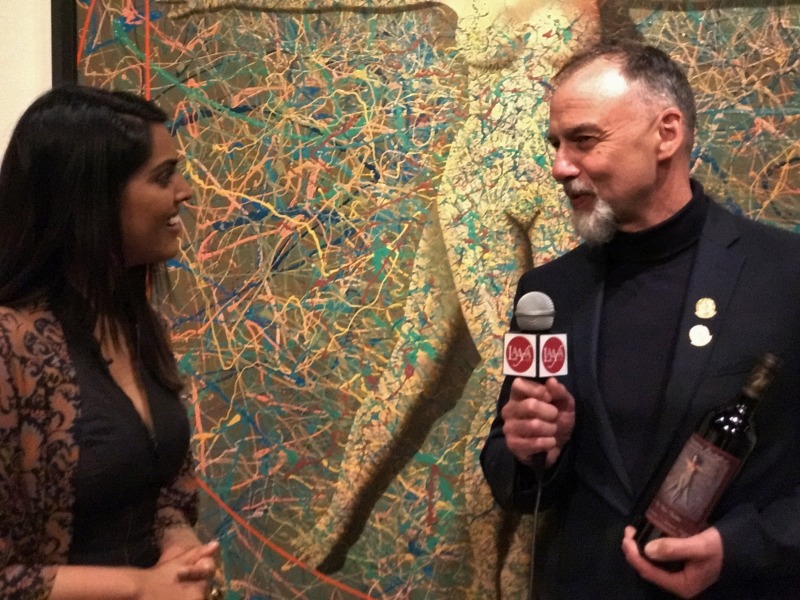 “Tim Tyler is a contemporary artist who works in a representational manner. Inspired by the Old Master’s Tyler’s skills and technical ability to achieve high levels of realism are impressive, yet it is his visual wit, use of satire and clever method of social commentaries that he weaves into his compositions that elevate his works above practicing realist artists. A respected professional artist, Tyler has a distinctive career and received honorable recognition for his work from notable authorities and leaders in the arts such as the late Charles Banks Wilson.”
Aaron Jones, Crystal Bridges Interpretation Manager

Working cattle, building fences and playing a couple dozen sports, Tim Tyler’s youth was spent in sunny Arizona, California and Oklahoma around cowboys and thunderstorms, and, many art museums. At age fourteen his first painting commission was undertaken; Scottsdale Galleries were hanging his work before he was 20. He worked for years holding a day job working for aviation, construction and petroleum companies and painted at night/weekends until his work began to sell sufficiently for him to become a full time artist. Once he made the transition, the long hours were then simply spent at the easel. He also began doing bronze sculptures at age 19.
His early paintings were still lifes and landscapes inspired by Remington and Bierstadt. With increasing education and international exposure his maturing perceptions began drifting towards figurative masters JS Sargent and Joaquin Sorolla. He continued to consign work to galleries from Scottsdale to Connecticut, eventually exhibiting in over one hundred galleries, via consignments or in special exhibitions. His work began getting awards and art magazines began noticing his work. Municipalities and museums began to collect his work and he undertook large scale murals for corporations.

During the decade of his forties, he began teaching workshops around the nation with a few summer workshops in Europe especially Italy, where he devoted himself to becoming a gnocchi connoisseur. Nearly every trip was undertaken with his children, giving them a broad geographic, social and historic perspective. His native state of Oklahoma commissioned seven historic paintings from him; six hang in the state capitol. In his rare spare time, along with travel, he enjoys making traditional furniture for recreation.

My first impulse in request for artist’s statement is to resist. No artist before 1900 was ever asked for one because once upon a time, the artwork spoke for itself.

Employing the visual devices used by my heroes JS. Sargent, JC Leyendecker and J. Sorolla, I make clear statements in oil paint on widely varying topics. While some pieces are pure whimsy, others are biting satirical jibes at social injustice. I think artists should not be curtailed regarding free expression. Art is communication and painters ought to possess a rich and complex arsenal of tools with which to express themselves.
Figurative pieces, landscapes, still lifes, and completely abstract work can be found in my oeuvre amassed over forty years. Today my work focuses increasingly on figures and credible fantasy art. I make unicorns. 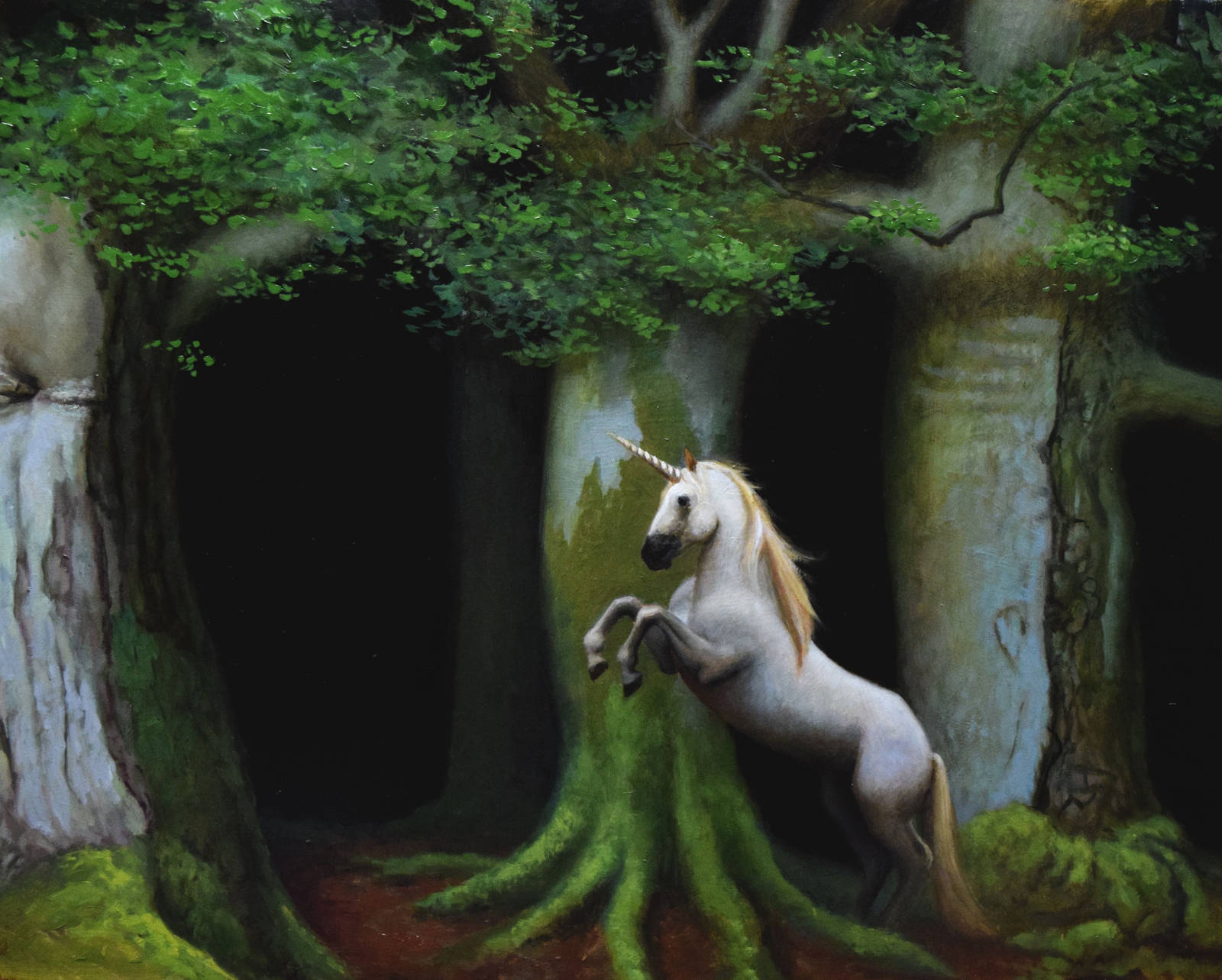 Unicorn in the woods. 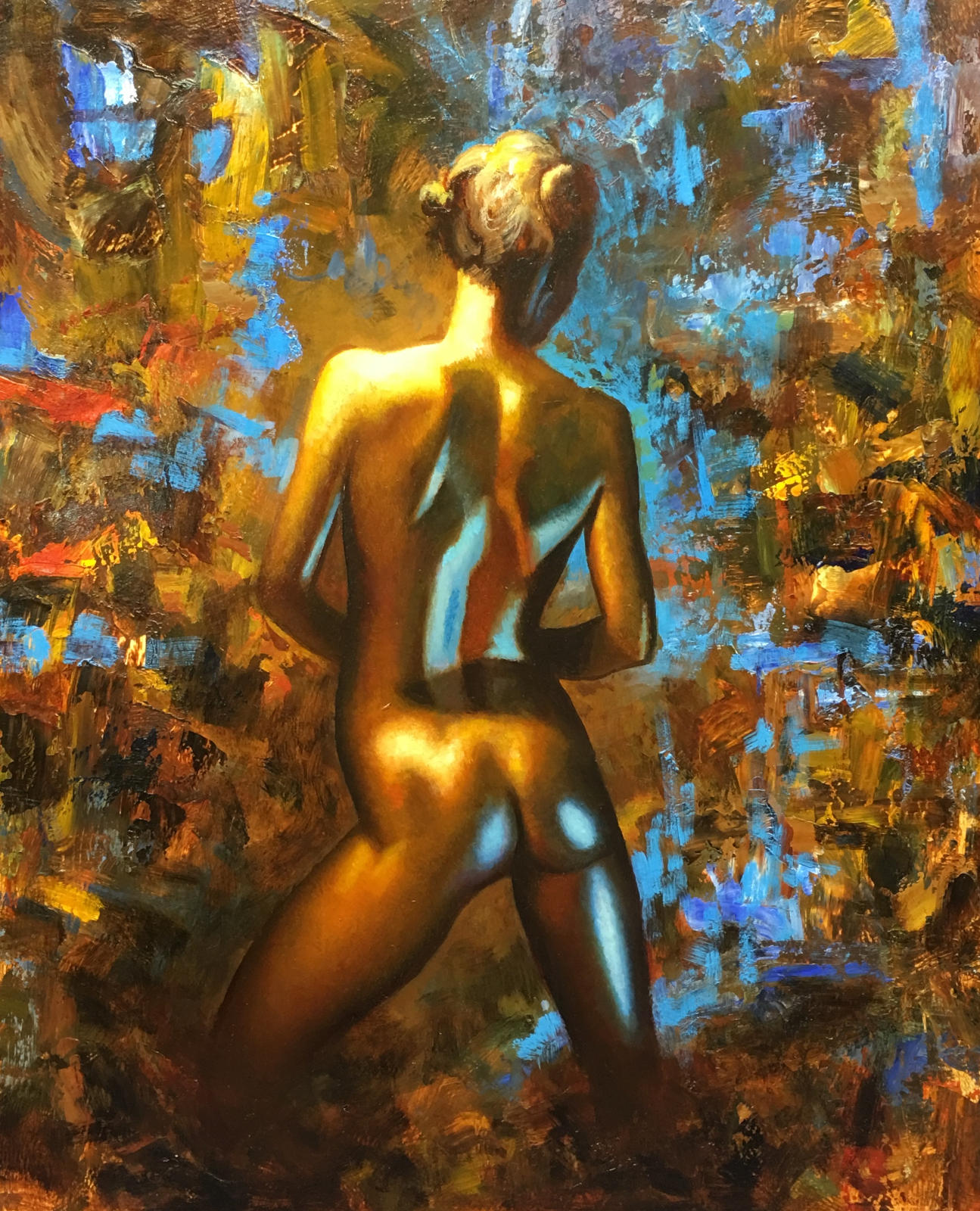