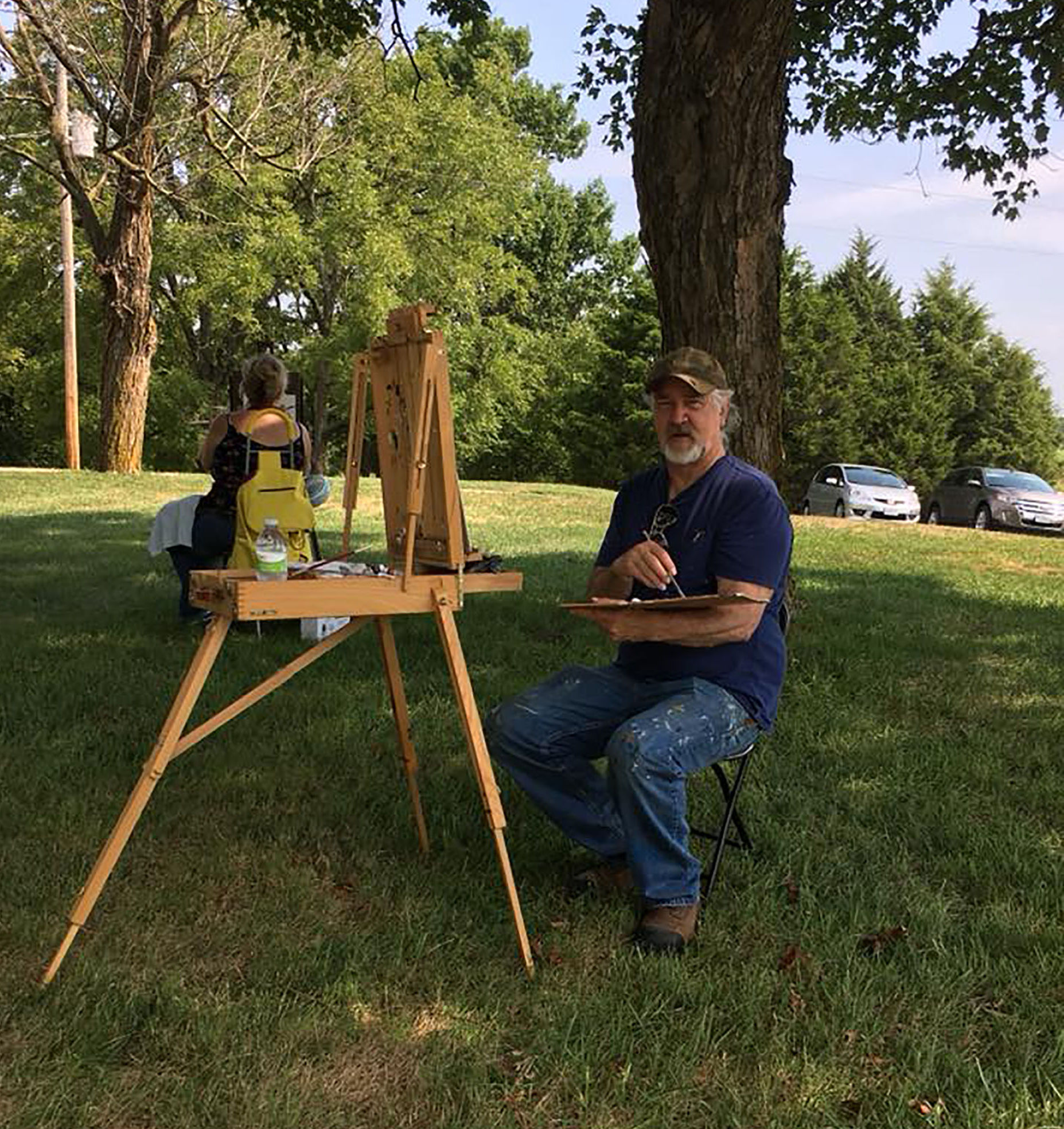 John Whytock was born in Glendale, California, and grew up in Newport Beach. After 10 years of squinting, his parents discovered he was legally blind when they received his fourth-grade teacher’s complaint that he was ‘smiling’ at her. He has not forgotten that first experience of the stunning view through a pair of glasses. It has shaped how he sees the world and is one of the primary reasons he enjoys representational art and realistic painting.

A professional artist for the last 40 years, he now lives in Springfield, Missouri, and closer to the Midwest (Indiana) roots of his family. Though he has produced fine art since beginning his career in 1979, it wasn’t until January of 2018 that he made it his primary focus. Since then, John has won numerous local and national awards, including a Bronze Medal in the 2018 OPA Eastern Regional Exhibition. His work has been published in various editions of Plein Air Magazine and he was published as a contributing author in OutdoorPainter.com. In addition to Oil Painters of America he is a member of National Oil and Acrylic Painters’ Society and a founding member of Heartland Art Club, among others. Most recently, he is honored to have been accepted into The International Guild of Realism. He is active in the art community of Missouri and offers classes and workshops in both oils and acrylics throughout the state.

Beauty, like truth, exists. And we, as human beings, have an almost divine capacity to recognize it. Art, for me, is an expression in paint of what my heart feels when my eyes are opened to the vast and amazing splendor of creation. Despite the myriad struggles and challenges on the path of a career artist, this one unchanging fact remains: I paint because if I didn’t, my heart might explode. When a kindred spirit is touched while viewing my painting and feels that same infilling, that same indescribable longing and appreciation for our marvelous world, I consider that work a success. 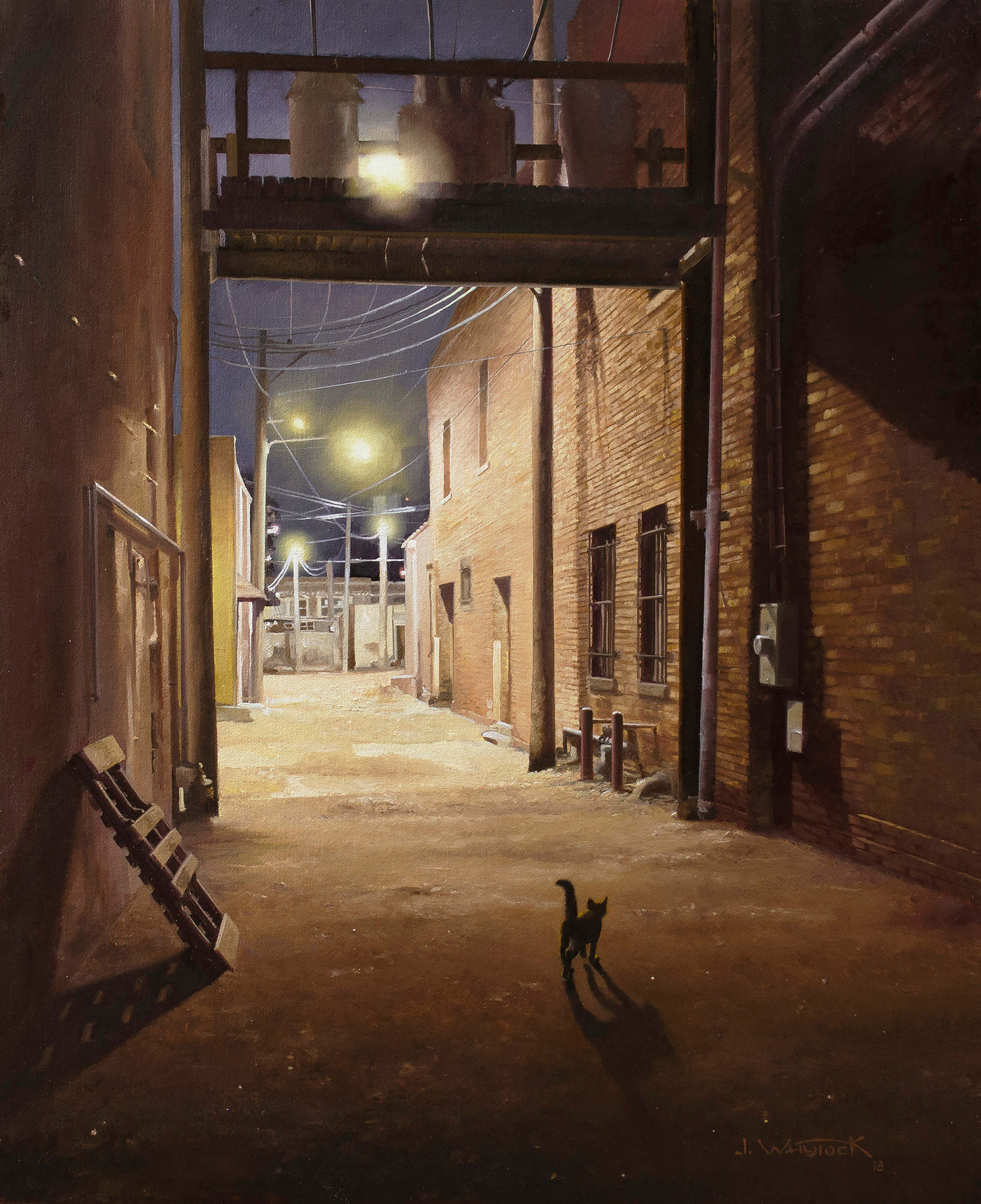 Framed oil painting on Belgian linen of a Springfield city alleyway at night with a kitten walking toward the light. 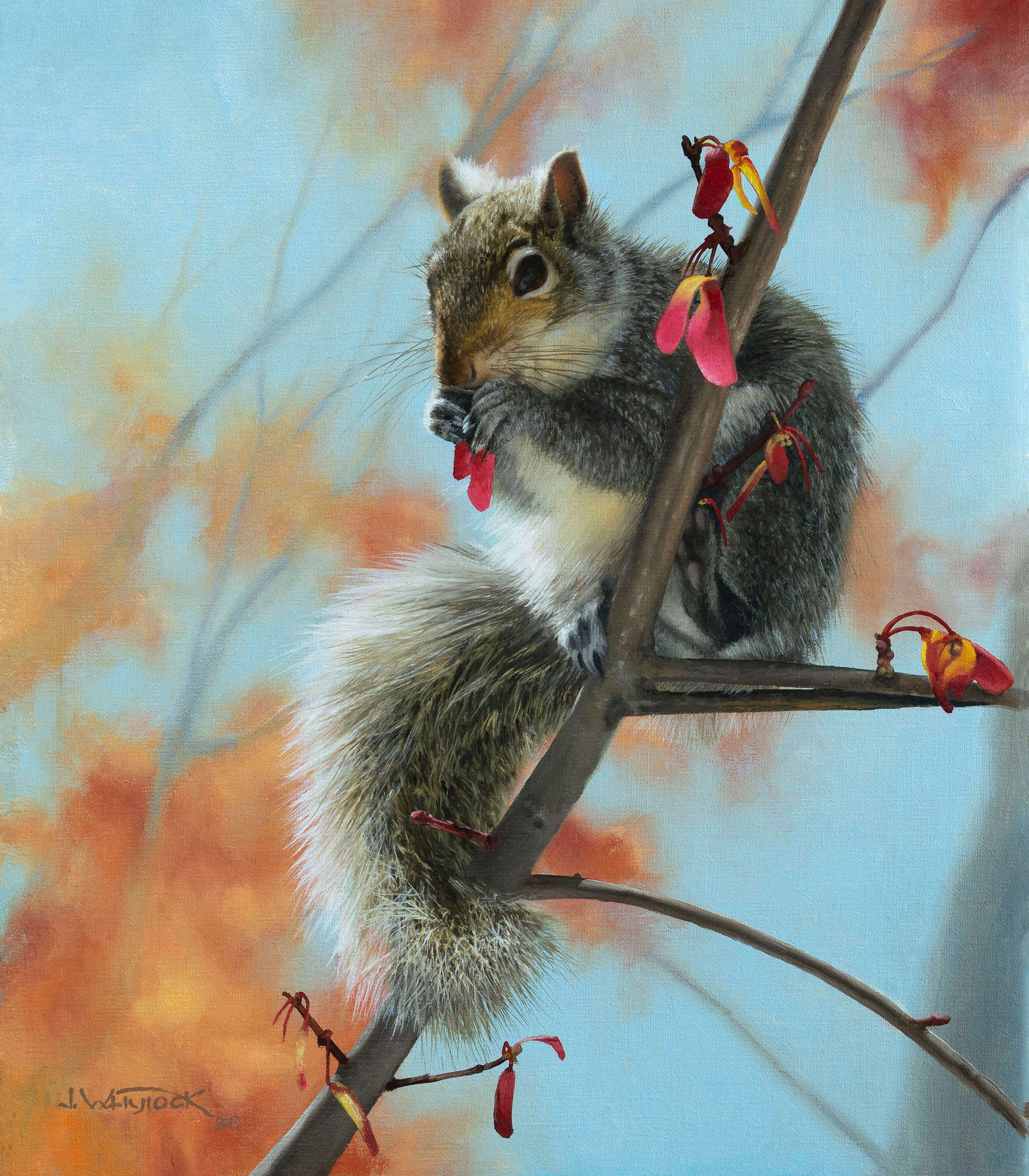 Framed oil painting of a squirrel perched in a maple tree eating samara with the early morning sky in the background.

“One evening I saw this alley across from one of the galleries where I exhibit my art. I was fascinated by the golden light that illuminated the area. I embraced the challenge of communicating the vision before me in a painting. Upon completion it appeared to be missing something. I added a kitten to bring life to the atmosphere and to create intrigue.

“One fine spring morning, I saw this squirrel sitting in the maple tree having breakfast outside our bedroom window. He was eating every seed pod in sight. We stared each other down and I got the distinct impression that I was not invited to the meal. So I went and got my camera and settled for a photo.”