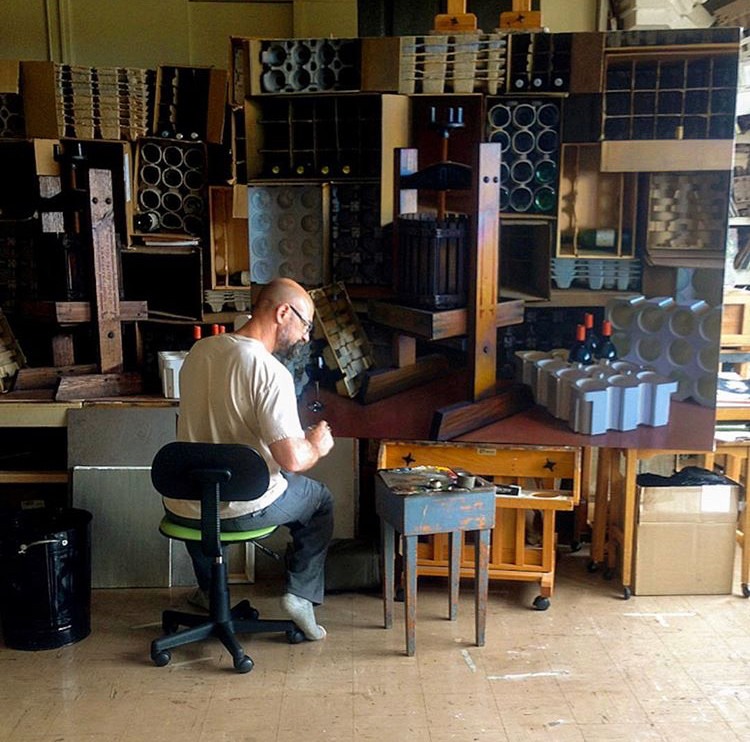 Jeffrey T. Larson was born in 1962. He was accepted into the prestigious Atelier Lack at age seventeen and graduating after a four year apprenticeship in 1984. Jeffrey helped open Atelier LeSuere, a sister school of Atelier Lack, co-directing and head instructor until 1987 when he decided that he wanted to dedicate all of his time to painting. In 1989, He and his wife Heidi moved to northern Wisconsin where they converted an old school into a studio home where he painted and they raised their family over the next twenty five years.

Working as a full-time professional artist, Jeffrey has had over twenty, one-man exhibitions, including a retrospective of his work at the Tweed Museum of Art in Duluth, MN. He has worked with galleries in New York, Los Angeles and many in between. Over 1000 of his works have been placed in private and public collections.

In 2016, He and his son Brock, also classically trained, bought, remodeled and opened the “Great Lakes Academy of Fine Art” in the historic old St. Peters church located in Duluth, MN. Designed as a four year apprenticeship training, based on the Ateliers of the nineteenth century Paris.

Seeing and capturing the flow of light as truthfully as I am capable of, is at the core of every piece I do. I am in love with the visual world and work very hard to consolidate my impressions into only what is vital, beautiful and necessary. This is true whether I am outside painting the fleeting moments plein air or in the studio spending months exploring it in more nuanced and subtle ways. Being blessed to have trained in the manner of the Old Masters and having spent over thirty years working to master the craft, I am increasingly able to focus in on the more important and personal aspects of artistry. 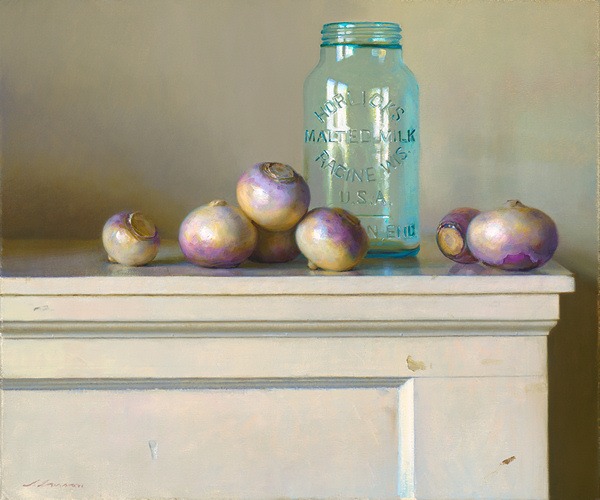 This is a piece painted from life over the course of several months. I wanted to capture the waxy opacity of the turnips juxtaposed with the clear, crisp translucence of the turquoise mason jar. Timeless objects painted in a contemporary aesthetic. 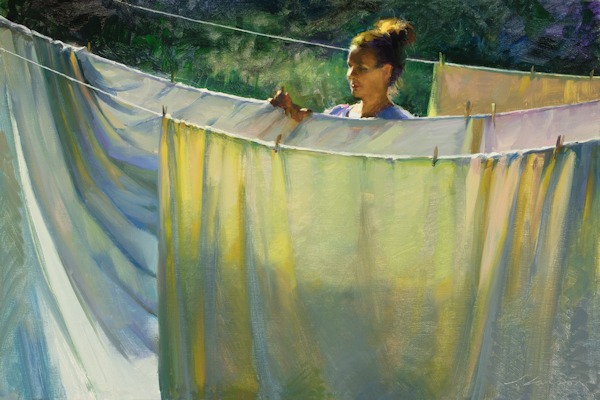 Painted from life in the early mornings, I was seeking to explore the different forms of light; transparent, bounced & shadow play as they flowed across the sheets.