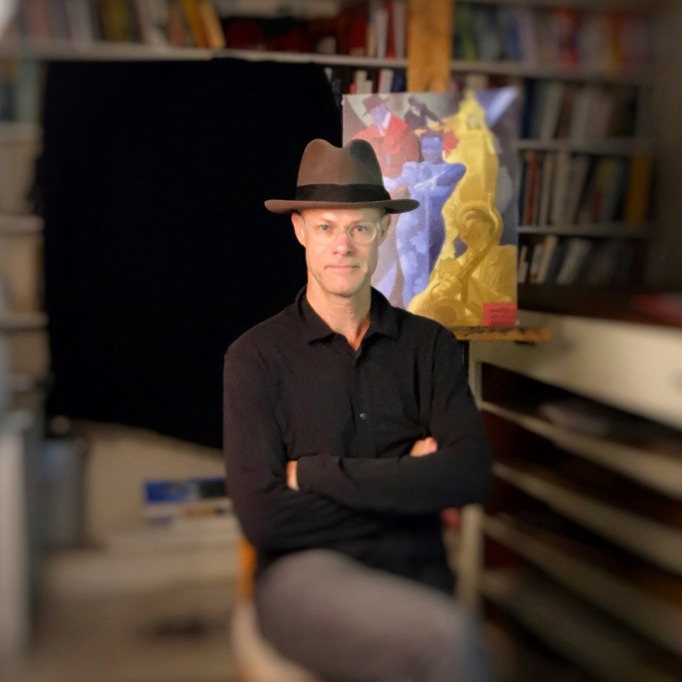 The commercial work of the artist has graced the pages of national magazines, international advertising campaigns, CD covers, posters, and book covers from Agatha Christie to the cover of “Scarlett” the sequel to “Gone With the Wind”. Since graduating from the Art Center College of Design in 1983 his artwork has been represented by Bernstein & Andriulli in New York, Ron Sweet in San Francisco, and Foster Represents in St. Louis.

Sculptural forms, undulating lines, and rhythmic gesture characterize my landscape and historical paintings for beyond what was asked for in 25+ years of freelance illustration assignments. I really think a brain scan of my head would reveal that it is basically empty except for a softball sized visual cortex that leaves no space for memory of car keys laid, or why I just came into this room.

As a kid, people called me an artist, but I think we artisans know we simply are compelled to draw and paint, and by sheer practice a strong cord fastens between eye, brain, and hand. Since then, I’ve been wiggling a paint brush professionally every day, ever since. Those early commercial art days were filled with storyboards, advertising, and movie poster comps, all created the old fashioned way, acrylic paint on illustration board. Returning to my native St Louis from California ten years later, the Missouri landscape seemed beautiful and brand new, creating an irresistible need to stretch canvas and investigate a sense of Regionalism. 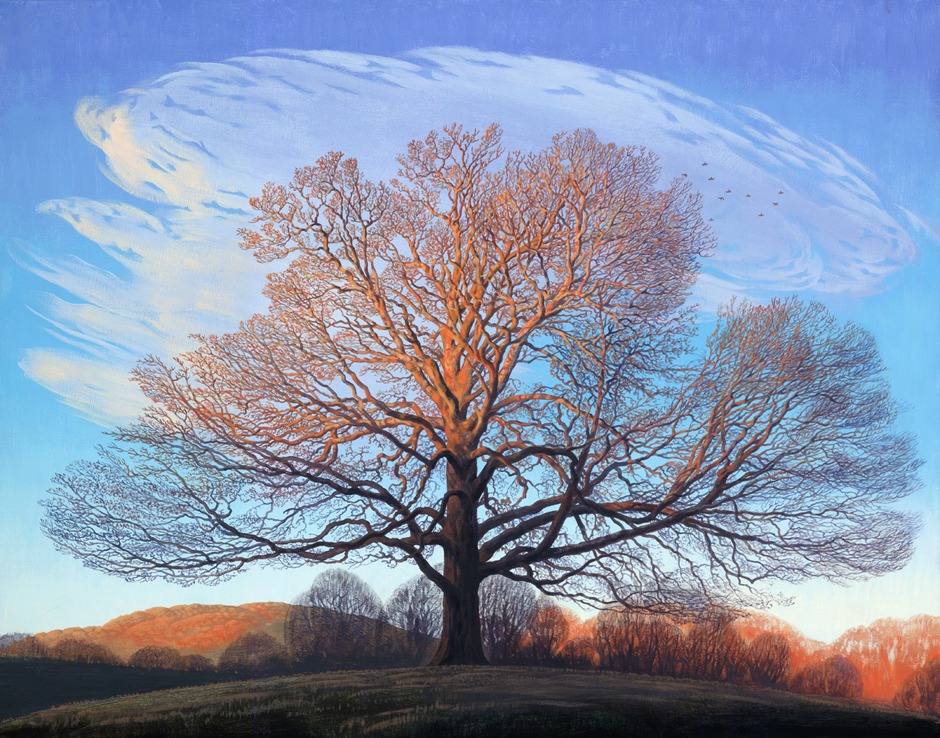 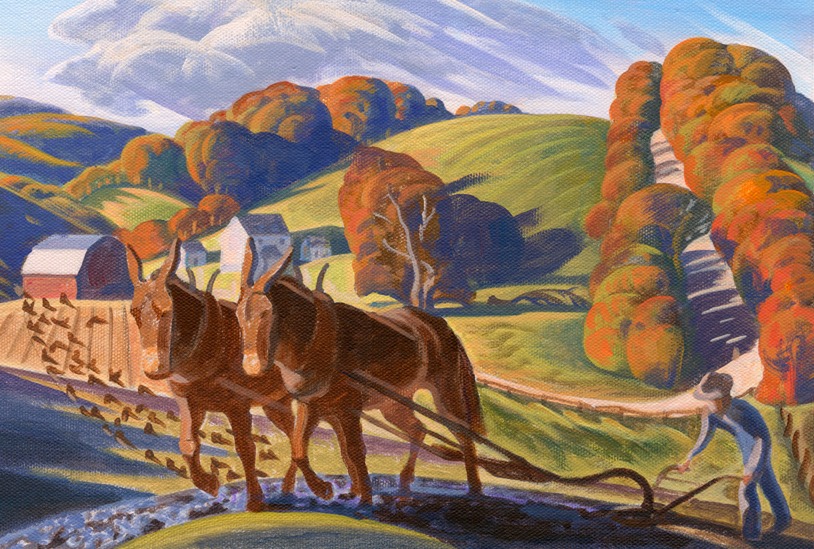 “It is a privilege to luxuriate in the painting of the organic architecture of this white oak giant. These 350+ year old giants seem to be sentinels to passing time, changing climate.

“We knew a man, not far from here, who cleared his land with mules. Neighbors knew to call on him to doctor their animals with his concoctions in glass mason jars. Many of those neighbors still live on the land their ancestors settled over a hundred and fifty years ago. Families long ago planted vinca, a ground cover of tiny blue flowers, around the graves of their loved ones. Just over the hill from our house, lies such a spot in the woods – the color giving the only clue to the graves of children taken one winter from the house that sits down below the view.”