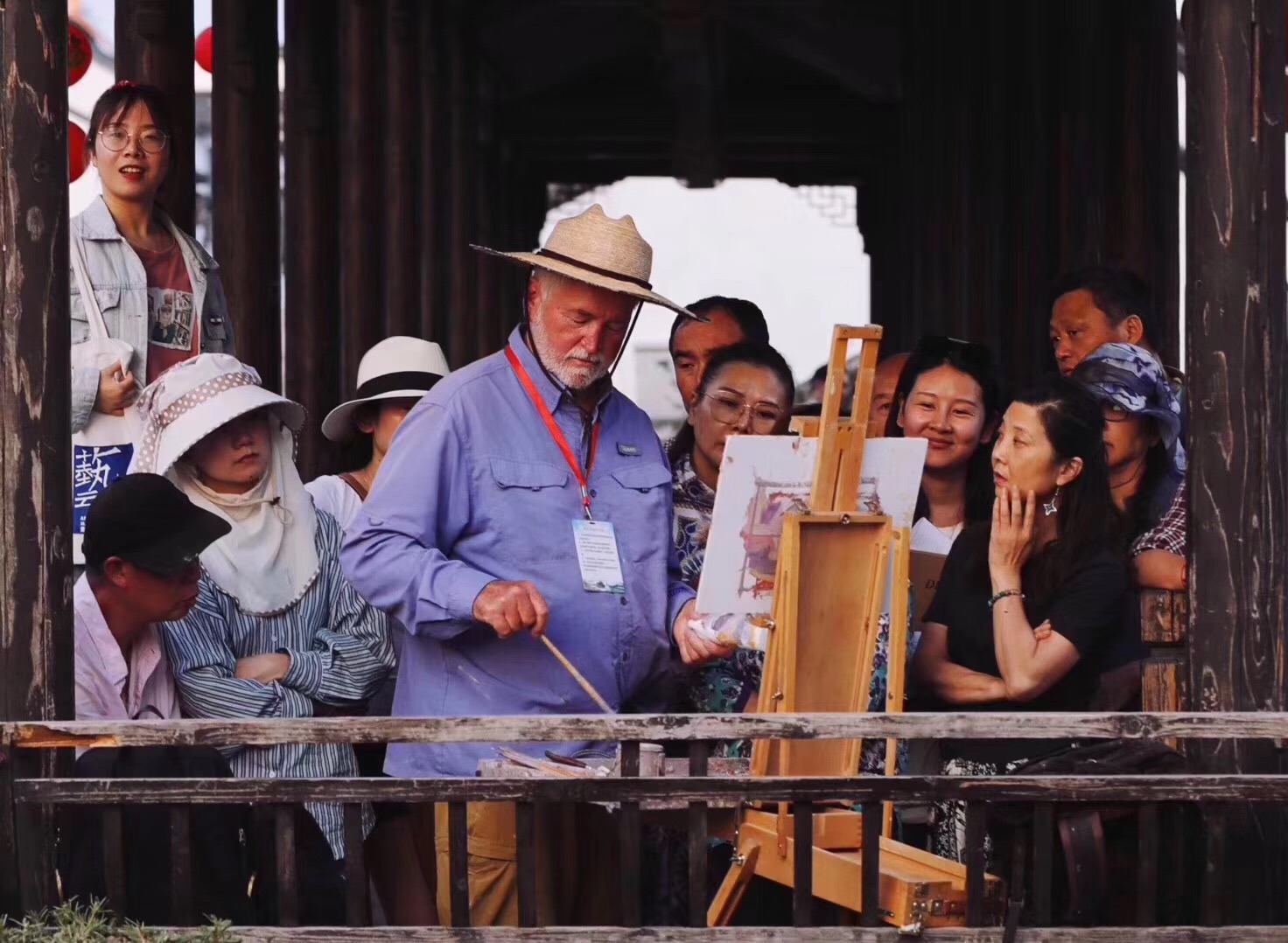 In 1980 Billyo O’Donnell received his BFA in Sculpture and began his career as an illustrator at Maritz Motivation receiving many national and international awards for his artwork. In 1996 he began his career as a landscape painter. Receiving many of the highest awards at many of America’s prestigious Plein Air Invitational. In 2014 the members of the Plein Air Painters of America, PAPA, voted Billyo into the prominent organization. In 2012 he received the highest award an artist may obtain in the State of Missouri – the “2012 Independent Artist Award,” Billyo takes the greatest pride in creating the 115 original oil paintings for the book Painting Missouri: The Counties en Plein Air, Authored by Karen Glines – a seven year project. Today Billyo and his wife Peggy live west of St. Louis in a 200-year old log cabin that was once his grandmother’s.

I am focused on the visual experience working from life and in the studio to develop the surface quality of a painting that is rich in texture. I often play with how the two relate or struggle for the viewers attention, how the surface language takes you from the image and into the rich thickness of paint and brings about a language all its own in structure and abstraction through the marks. 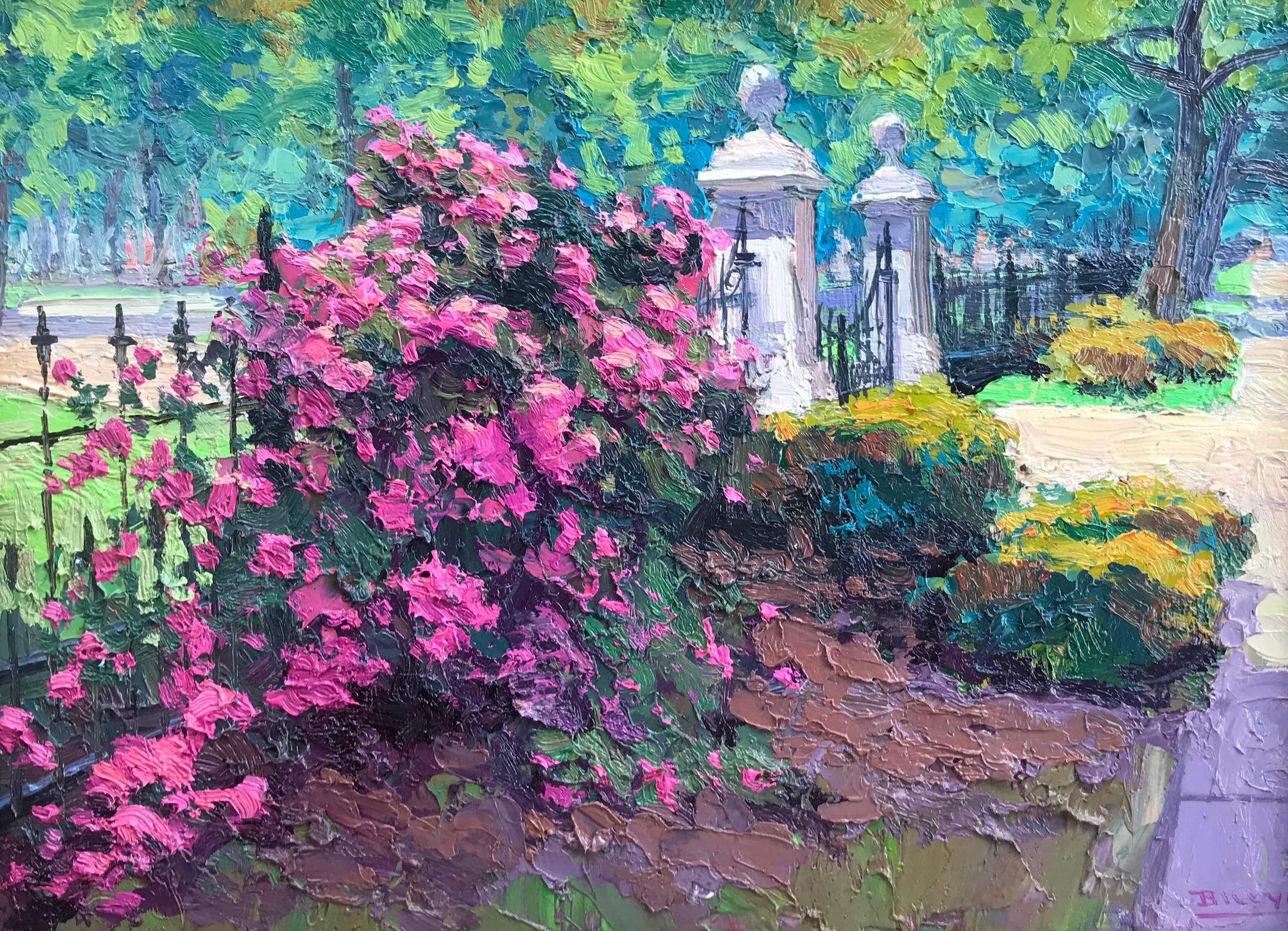 Large rose bush on an iron fence and just beyond the rose bush are a couple of white stone posts used as an entrance to the park. 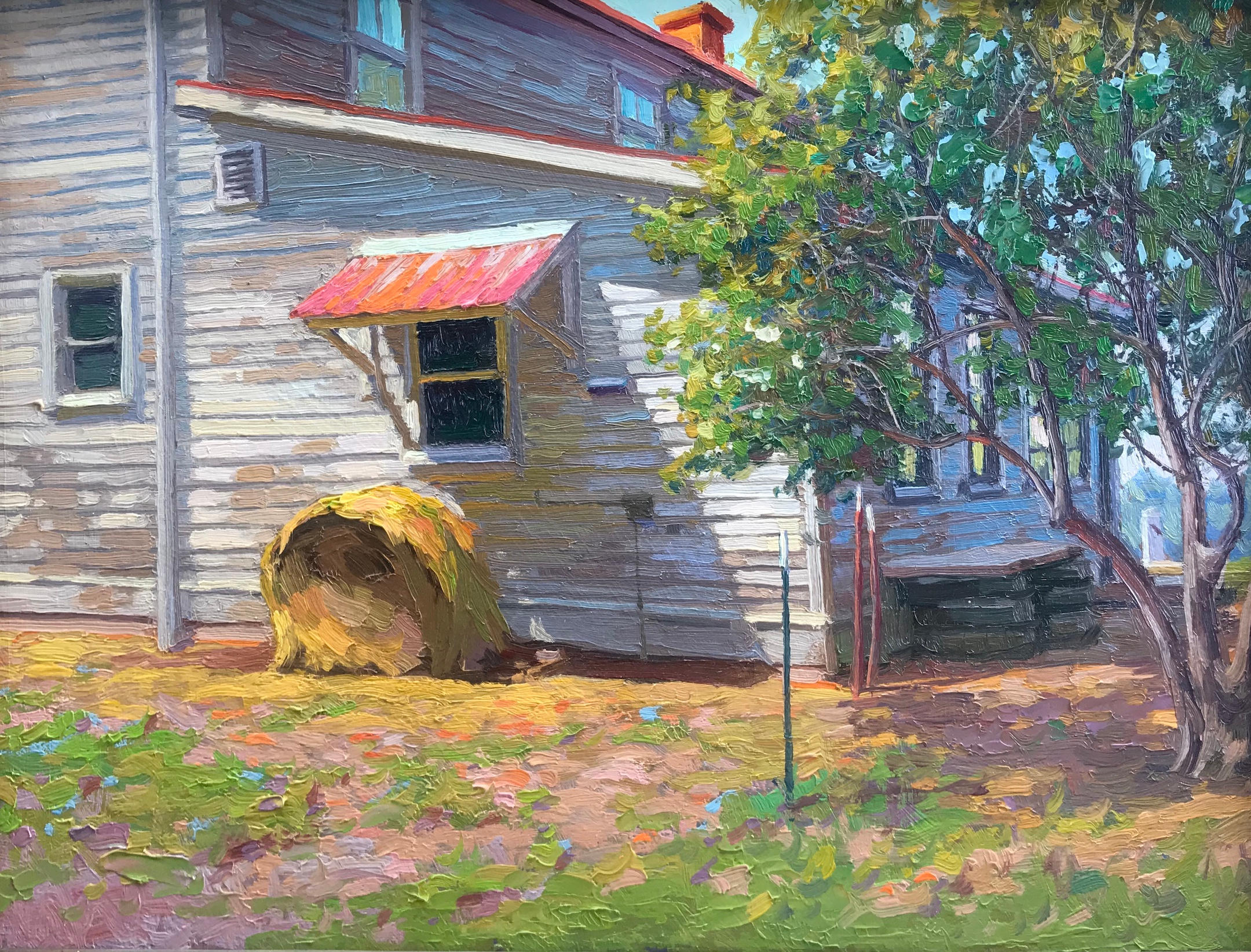 Animal husbandry cannot be taken any further then right below your kitchen window. This farmer would keep the young claves nearby to keep an eye on them as they were transitioned from milk to hay.