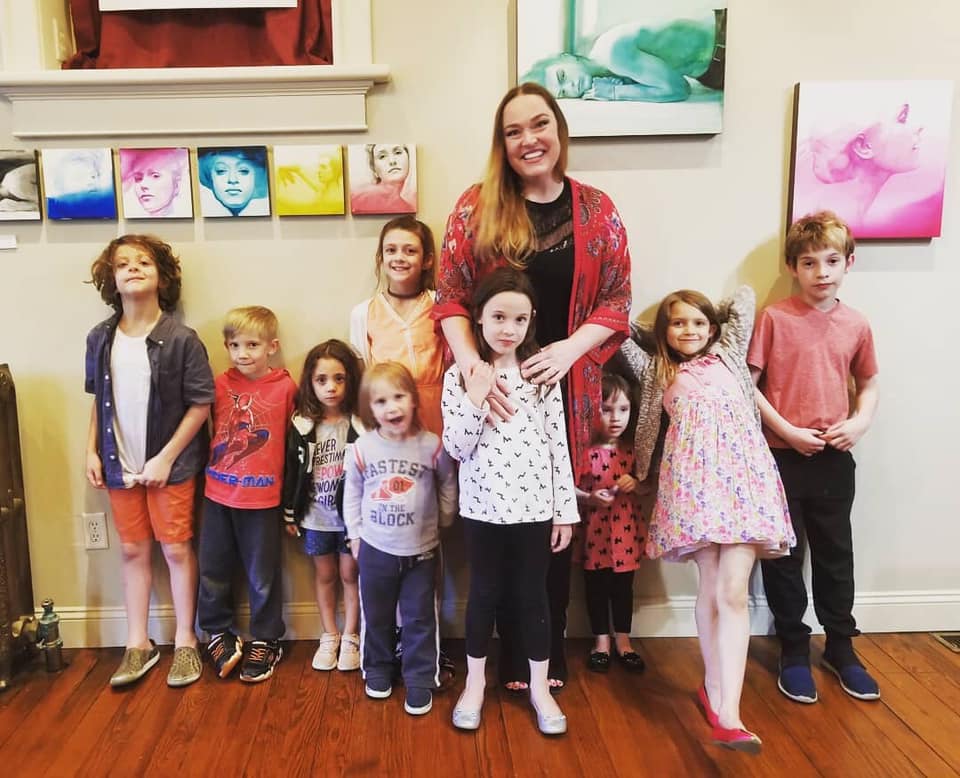 She relocated to Santa Fe, New Mexico in 2001. It was during her six years in Santa Fe that she developed her modern fresco process on kaolin clay. Her paintings have been the subject of numerous national and international solo and group exhibitions. Cavanaugh’s paintings have been featured on book covers, countless internet features such as the Huffington Post, Fine Art Connoisseur, Artsy and in numerous print publications including The New York Times Magazine, American Art Collector, American Artist Watercolor.

She has painted portraits for TIME magazine and The New York Times. Her work is featured in more than 400 private and corporate collections throughout North America, Europe, Asia, and Australia. She currently lives in Ste Genevieve, Missouri with her husband and their four children.

My dependence on the visual world began when I lost much of my hearing through spinal meningitis at 2 years of age. This loss was a blessing in disguise as I learned to depend on body language and reading lips to communicate. So, from my youngest days, I became sensitive to the people around me and the unspoken language revealed through compositions of the human body.

The seen and unseen in human existence has been a conceptual cornerstone for most of my career as a figurative artist. It is in the moment of hesitation when one moves into the interior space of thought, that I find inspiration. I strive to paint not only the delicate features of the external person but to capture the tender unseen presence that transcends understanding in the depth of a soul. In my experience in working with the people that I paint, I repeatedly discover the profound mystery of existence.